Gluten as a main part of protein component is familiar to animal feed manufacturers.

Corn Gluten is the protein component of corn seeds, which colored in orange or golden Granules. Gluten is the main by product of our products.

It is orange or a golden color granule which is separated from starch, the nutritional value of gluten is high in terms of Vitamin A, minerals and protein 70%.

All nutrients are highly digestible and have an energy metabolism more than corn, roughly 50% is gradually decomposed in rumen and up to 90% adsorb in intestine.

Amino acids which are composed as follows:

Gluten has one of the best sources of protein to add to cattle, poultry and aquatic feed which is important in animal’s growth and healthiness of their tissues and muscles and also to boost and preserve cattle’s milking and in contrast to fish powder, it causes odorless milk. This product can also be utilized as a main source of Carotene and xanthophylls which increases the broiler’s flesh color and yolk as a protein supplement as well.

Corn Gluten after separation from starch , concentration, dewatering and drying is ready for  packing .

The gluten features is on the basis of Iran Standard and quality Co. 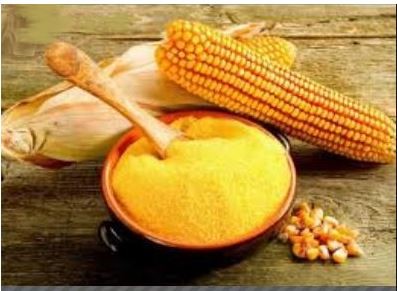 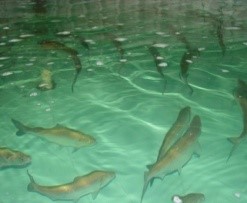 Ready to send out to the market.

The product is enriched with steep water .Steeping or soaking the corn in water is the first processing stage for two main purposes. First, it softens the corn to allow milling without shattering and secondly, it brings the moisture content to the optimum for milling to be carried out and permit the gentle separation of the corn into four component parts; the outer hull (bran or fiber or husk), the germ, the maize gluten and starch.

In order to easily separate the corn components, the corn needs to be placed in large tanks in an acidic solution for 50° Celsius and the presence of lactobacillus for 72 hours. Each time this solution is used for steeping, it thickens and enriches as the steep water solution, and eventually it reaches a point that the nutrient-rich solution must be drained from the steeping tanks. This solution contains soluble SO2, all kinds of amino acids, peptides and non-protein nitrogen, lipophilic compounds, organic acids such as lactic acid and carbohydrates include oligosaccharides, glucose and fructose, galactose and arabinose.

Due to the easy handling the high nutritional steep water, it is converted to powder  Which is used for animal feed and sold under the name of gluten 3  is  in 30 kg polyethylene bags.

There are no reviews yet.

Be the first to review “Corn Gluten” Cancel reply